Mark May Is A Man On A Mission 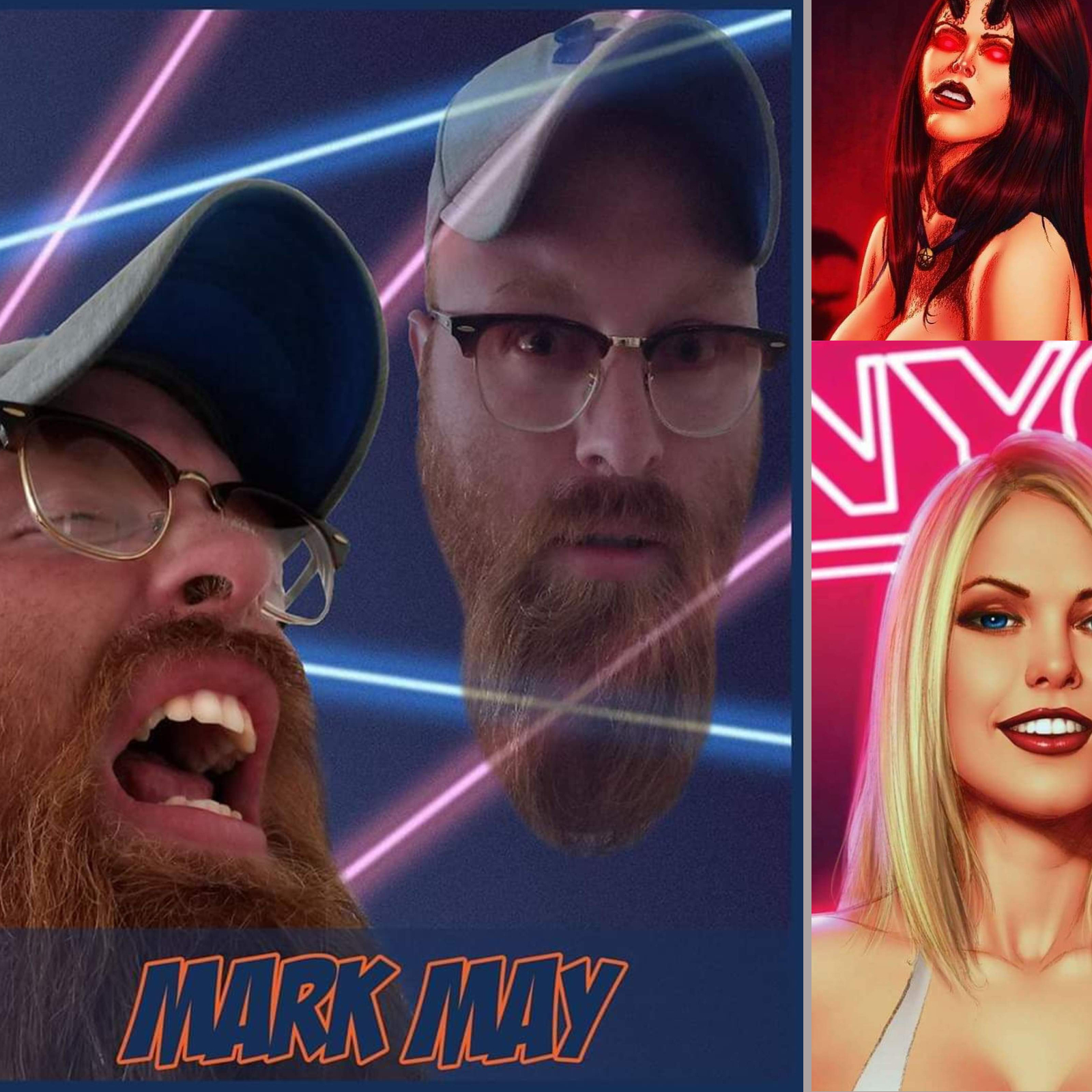 Broomfield resident MARK MAY is a busy man. His popularity as a comic book cover artist is growing. The fantasy card game he created is developing a cult following. He just launched a Kickstarter campaign for his latest art book. Mark is indeed a busy man, and he wouldn’t have it any other way.

Mark’s career was on the upswing coming into 2020. He was poised to have a break-out year on several fronts. Then the Coronavirus pandemic hit. Mark had been invited to be a featured guest at four comic book conventions this year … and they were all cancelled due to the virus. As he watched the conventions get cancelled, one by one, a sense of uncertainty crept up on Mark. How could he maintain his career momentum without the ability to promote himself and network at the all-important conventions?

One thing is certain … you can never underestimate the determination of Mark May. He’s a man on a mission.

Mark May was 28 when he decided to become an artist.

He was a little lost in life, and wasn’t sure what he wanted to do. Studies in speech pathology left him cold. College business courses bored him. Mark briefly considered becoming a teacher. He did a stint as an overnight security guard. Nothing felt right.

The security gig, in particular, was grating. “Could it get anymore monotonous?” he asked. “I couldn’t keep living like that. I needed a change.”

A MOMENT OF CLARITY

The decision to go down the road of a "struggling artist" didn’t come out of nowhere. Mark’s mom was a brilliant artist who passed away when he was 23. “She was a great artist,” he said. “And I can’t find any of her artwork. It’s really sad.”

He had also dabbled in art earlier in life.

Mark grew up in Alabama and placed second in a statewide art contest in the second grade, with a drawing of Godzilla destroying his school. He also took a couple of art classes in college. So the talent was always there, waiting to be cultivated and unleashed.

Then there were the negative comments from people. “I always sort of knew what I wanted to do,” he said. “But everybody said there was no chance that I could do it. They would say my art was garbage, or that it’s a hard business.” 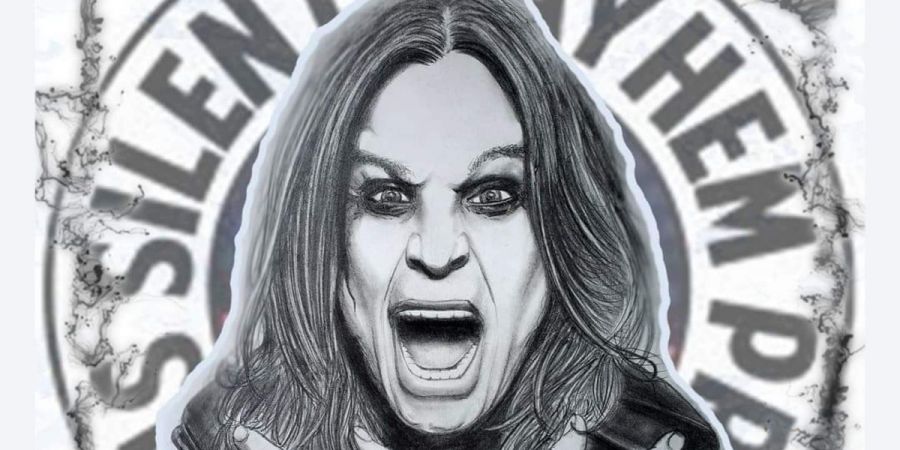 Check out Mark's Kickstarter campaign for The Art of Mark May Volume 2!

Mark had also collected comic books off and on since he was a kid. So the marriage of his budding interest in art and his life-long interest in comic books paved the way for the journey he was preparing to embark upon.

Mark finally took the plunge, and was determined to give it all he had. He just started drawing, a lot. Then he would post his art to Reddit, in hopes of getting constructive criticism so he could get better. He learned that Reddit users can be brutal. But even the harsh criticism helped. “When someone tells you that the hand you drew looks more like a claw, it helps,” he said. “It lets you know what you need to work on. You can take the negatives and turn them into positives. That allows you to get better quicker.”

In his never-ending quest to get better, Mark quickly found a mentor in Chris Giarrusso – a professional artist famous for his work with Marvel Comics. “I met Chris through Facebook Messenger,” Mark said with his trademark boisterous laugh. “I basically stalked him, forced him to talk to me!”

After about three months of working tirelessly to hone his skills (and to learn anatomy – the hardest part, he says), Mark found out about comic book conventions. That discovery opened doors that have led him to professional peaks.

The first convention Mark attended was in Colorado Springs. He had moved from Alabama to Colorado when he was 19 and now calls Broomfield home. He has lots to say about life in Colorado … particularly the culinary scene … and we’ll get there.

But first … back to that Colorado Springs convention. It was a revelation for Mark. He was able to turn a small profit, drawing sketches “on demand” for comic book and sci-fi fans. It would lead to his decision to attend every convention he could over the next few years. He spent a lot of nights sleeping in his car because he couldn’t afford a hotel room … but he kept learning and he kept getting better. 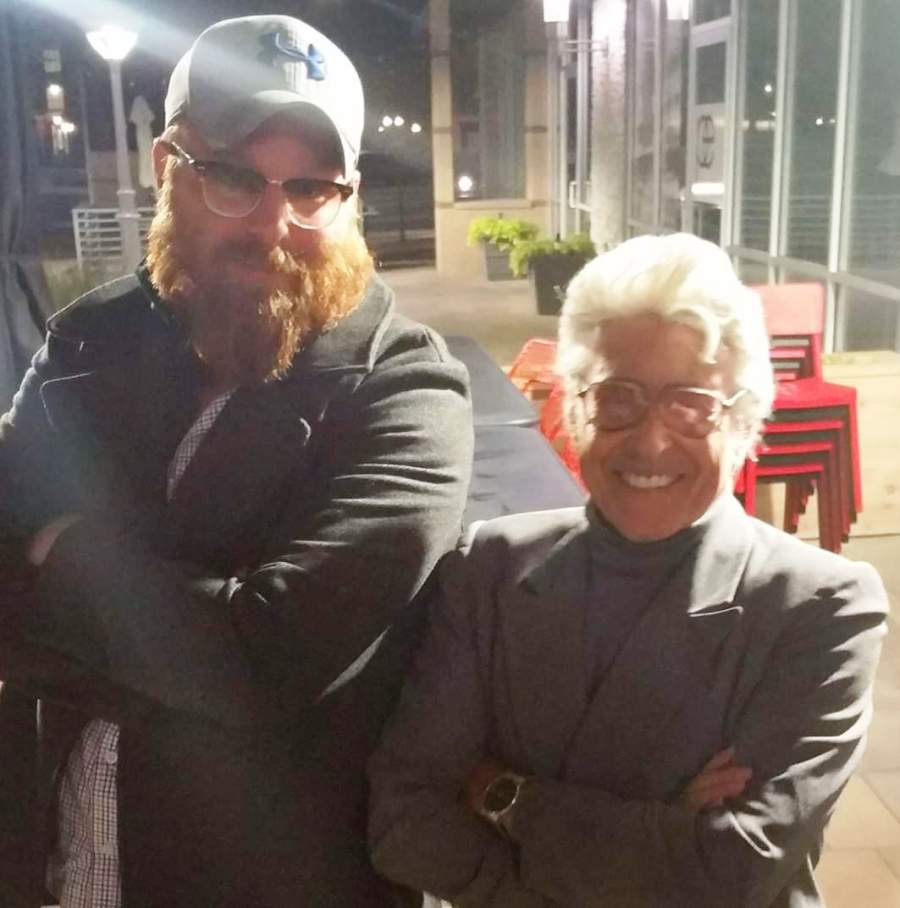 Mark met comic legend Jim Steranko at a convention in 2018.

A turning point in his life and career came when he attended the Denver Comic Con (now called the Denver Pop Culture Convention) for the first time. “The first year I applied, I got in,” he said. “It was pretty crazy.” At the time, convention organizers provided attending artists with free beer. “You go to a convention, you’re trying to impress, you get a case of the nerves … there are popular, established artists there and you want to talk to them, pick their brains. The beer helped!”

It was at the Denver convention that Jimmy Palmiotti, another established and popular artist, suggested that Mark get a portfolio review from Neal Adams.

ADVICE FROM A LEGEND

And at Mark May’s first Denver Comic Con, he was about to subject himself to a Neal Adams portfolio review.

Adams is known for being brutally honest with his assessments of other artists’ work. He knew that Palmiotti was “setting me up,” Mark told The Colorado Adventure. “I knew it was going to be bad.” And it was. Adams thought Mark’s work was “okay” but that it needed lots of work, especially where his anatomy was concerned.

“Anatomy is hard,” Mark said. “He gave me some much-needed advice. It was a brutal review but it fired me up, made we want to get better. It was difficult to hear it, and yeah, I was insulted; but I realized I needed to take that criticism, really listen to it, and grow from it.” You have to check your ego at the door, Mark said.

An example of some of Mark's recent work.

As fate would have it, Adams reviewed Mark’s portfolio for a second time years later at a convention in Colorado Springs. “He asked me if I had been following his advice,” Mark said. “I told him that I had.” Adams reviewed the updated portfolio and told Mark “it was better.” And he told me to “keep getting better.” It was a victory for Mark, a vindication of sorts.

The Neal Adams story came full circle recently when the Inkwell Awards asked Mark to ink a page of original art by Adams. The finished product was auctioned off for charity and Mark said it “turned out great.”

After that first Neal Adams portfolio review, Mark kept honing his craft and trying to get his name out there in the industry. That meant more and more conventions; and it also meant trying his hand at a Kickstarter campaign for a sketchbook. That first Kickstarter campaign failed, and Mark admits that he just didn’t know what he was doing.

He ended up self-publishing that sketchbook, printing 250 copies. The book was titled “The Art of Mark May Volume One” and it included a collection of his drawings as well as four pages dedicated to something called HellBringers.

HellBringers is a game Mark created that has built a cult following since the concept was introduced in that self-published sketchbook. He actually took the concept to Kickstarter and felt the pain of a second failed campaign. But he didn’t let that deter him. Instead, Mark took the game on the road and sold out in every city he visited.

The HellBringers Set 2 Kickstarter campaign was a raging success and he is planning on launching Set 3 in October 2020.

So what is HellBringers? It’s a game played with a deck of 52 cards. Mark says it’s “rated mature and is meant for open-minded adults.” The cards are drawn by Mark himself, along with a cadre of his artist friends. If you want to know more about the game, visit Mark’s website at silentmayhemproductions.com. You can read about the rules and the back story which Mark says includes “combining history, mythology, and religion into a fictional fantasy epic saga of war and love.” 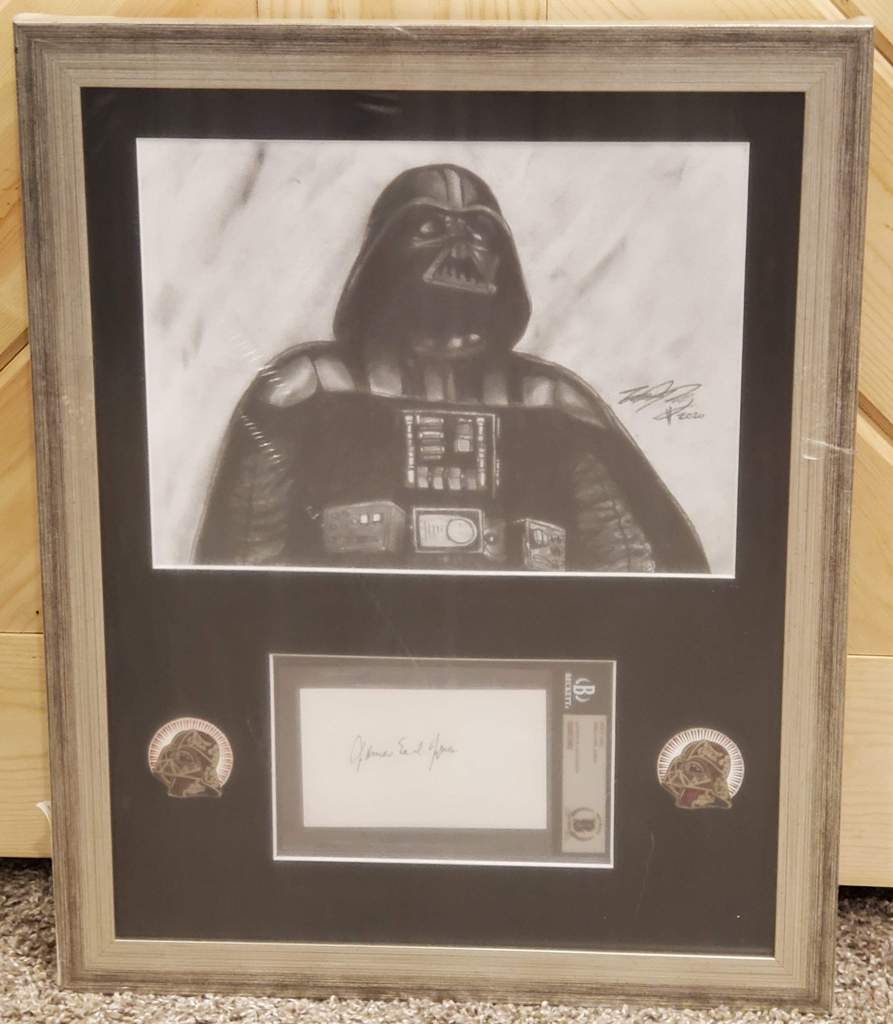 One of Mark's favorite projects.

In addition to the growing popularity of HellBringers, Mark has added a few other feathers to his professional hat in recent months.

He was hired by superstar artist and comic creator Marat Mychaels to do covers for two different books – both of which were top sellers upon release. Mark is quick to heap praise on the artists and friends who have helped him along the way – Chris Giarrusso, Steven Pulawa, Jimmy Palmiotti, Marat Mychaels, Sean Forney, Rich Woodall, Ben Bishop, Russ Casseday, Sanju Nivangune, and the long list of guest artists he has lined up to do cards for HellBringers Set 3. They’ve all contributed in some way to his success.

With his career now in high gear, Mark isn’t exactly resting on his laurels.

He recently launched a Kickstarter campaign for “The Art of Mark May Volume Two” and it was funded in record time. Now he’s working on stretch goals and adding “goodies” to the campaign. Visit KICKSTARTER to learn more about the project and to become a backer. The campaign runs through the end of June.

While Mark is working hard to improve his craft and his visibility in the industry, he also takes time to enjoy living in Colorado. “I absolutely love living here,” he said. “The mountains, the weather … shorts year-round and flip flops. What’s not to love?”

Mark is especially fond of the culinary scene in the Denver area. We asked him to name some of his favorite restaurants, and he was happy to oblige.

GQue BBQ in Westminster. Mark said this restaurant, located at 120th and Sheridan, serves amazing brisket and ribs. “My God,” he said, “the baked beans are incredible. And the barbecue sauce.”

Santiago’s in Lafayette. It’s part of a chain, but Mark said “there’s something different about” this particular location. “An amazing place,” he said.

Tamale Kitchen in Northglenn also got high praise from Mark.

Rosati’s Pizza in Broomfield. “Get the large deep dish,” Mark said. “It’ll feed you for three days.” He recommends pepperoni and sausage.

The E.L.F. Grill in Firestone. Mark says they serve what may be the “best food in the state.” He praises their customer service and their Philly cheesesteak as among the top reasons to visit. The name of the restaurant stands for "Everyone Loves Food," by the way!

Old Philly Town in Broomfield. High praise from Mark for their Philly cheesesteaks.

There are a few ways to keep up with Mark's career, and even to get involved!

BACK THE KICKSTARTER PROJECT. The Kickstarter campaign for The Art Of Mark May Volume 2 runs through the end of June. There's plenty of time to secure your copy of this amazing book, and to secure some of the extras Mark has added to the campaign. He plans to launch the HellBringers Set 3 campaign in October.

FOLLOW MARK ON FACEBOOK. He posts often, and even goes live occasionally as he's working on new projects.